If you find the title of this post confusing, after reading, you’ll soon understand why I say $600 + $1400 doesn’t equal $2000. Yes, the math adds up, it’s two-thousand dollars. But it truly doesn’t equal $2000 – it equals a broken campaign promise from the Georgia Senate runoff election.

I have a ton of respect for Reverend Warnock and both his & Jon Ossoff’s campaign in Georgia. I’m glad we won both seats, but there’s something terribly wrong about the advertising that was run during Warnock’s campaign – a promise of “If you want $2000 checks, vote for me” – a promise that is looking like it’s going to be broken pretty quickly as the new administration is trying to pass off $1400 checks in the next stimulus package and consider the $2000 promise paid off. I refuse to accept this. It’s not enough for the American people.

First, it should be monthly checks. And they should be $2000 checks. But this post is more about the misleading advertising in Warnock’s campaign. We fought hard to win Georgia. All of our energy was funneled into an election that would give Democrats control of both the House and the Senate after Biden’s presidential victory. We have majority control of the House, the Senate and we control the White House – in the richest country in the world – and you’re telling me we can’t afford $2000 checks? I call bullshit.

On January 1st, Reverend Warnock’s campaign posted to Twitter:
“@KLoeffler isn’t in D.C. fighting for a $2,000 relief check. She’s on the campaign trail, trying desperately to save her own job. She’s fighting for herself. I’ll fight for you.”

Alongside this post, there was an advertisement that even showed a picture of a $2000 check from the US Treasury, as seen below.

.@KLoeffler isn't in D.C. fighting for a $2,000 relief check. She's on the campaign trail, trying desperately to save her own job.

She’s fighting for herself. I’ll fight for you. pic.twitter.com/uS5lx4on9B

So, where do we stand? We stand as a nation struggling to defeat the COVID-19 pandemic. We’re a nation with people unable to pay rent, utilities and put food on the table. Lines at food banks are “around the block” virtually everywhere. So, why aren’t we receiving the $2000 checks we were all promised? Nowhere in that ad does it say, “I’m going to give you an additional $1400 check in addition to the $600 from the previous administration’s last stimulus package to equal $2000” and therefore, that entire ad campaign is false advertising.

Reverend, I still respect you and I am grateful that you are in office, but I am asking you to fight for more. We believe in you. We fought for you to win your election. Now, we want you to help struggling Americans, not with a one-time $1400 check and consider it finalized, but for a $2000 check. One this month, one next month, one the following and so on. I encourage you to read my COVID-19 Response and Path to UBI. We need recurring $2000 checks. The path to end poverty is to enact a Universal Basic Income, and the time to enact it is now. I know you alone do not have the power to do so – but it needs to be brought to the table. You do have the power to speak up, push for a $2000 check – and then push for them to be monthly through the pandemic. Once we are over the hill of the pandemic and things start to return to “normal” – we find the number that works best for a permanent UBI – so we can abolish poverty completely in our great nation.

With this, comes my advice to future candidates – watch your advertising. If you make a promise within an ad campaign, do everything in your power to make that promise happen. As I have said, it is necessary to lead with love, compassion and honesty if you plan to lead. I’m here to fight for what’s right and what’s best for all Americans, and anyone running for office (or currently in office) that would like to speak with me, I’m here to listen. I’m here to advise. But I know one thing, one $1400 check isn’t enough, and in the current political situation, no, $600 + $1400 ≠ $2000. We can do more and we can do better. Holding the House, Senate and the White House gives us power to do bigger and bolder things – and if these things aren’t done, it could lead to a major loss for our party in future elections. To instill faith in the American people and to strengthen the Democratic party as the “party of the people” – more has to be done – or not too long from now, we’ll be right back where we started.

I urge you all to continue social distancing, and please respect President Joe Biden’s challenge to mask up for at least the first 100 days of his presidency – longer if necessary. We need to get the pandemic under control – and I believe if we all work together and do our part – we can overcome this crisis in our nation.

I hope you all continue to stay safe and well, and remember, lead with love.

Peace, love and wellness to all, 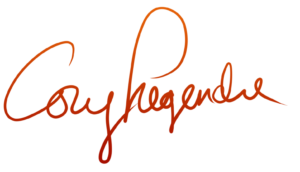